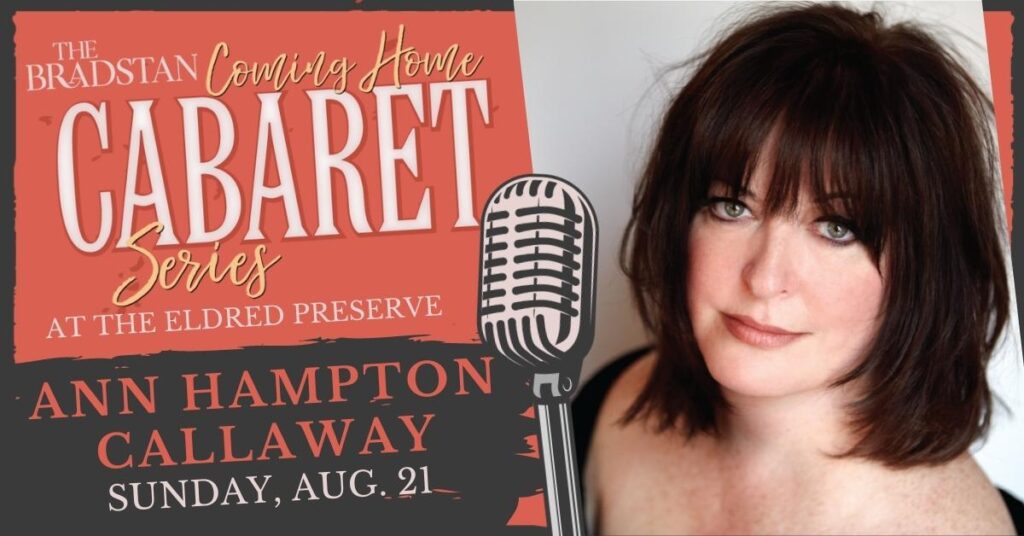 Hampton Callaway, best known for her Tony-nominated performance in the hit Broadway musical “Swing!” and for writing and singing the theme song to the hit TV series “The Nanny,” will perform “Fever! The Peggy Lee Century.”

A born entertainer, Hampton Callaway’s unique singing style blends jazz and traditional pop, making her a mainstay in concert halls, theaters, and jazz clubs, as well as in the recording studio, on television, and in film.

“In a world of increased alienation, an artistic experience of intimacy can be quite healing to the heart,” said Hampton Callaway. “A room full of strangers can feel like a family.”

Hampton Callaway has made her mark as a singer, pianist, composer, lyricist, arranger, actress, educator, TV host, and producer, and is a leading champion of the Great American Songbook. Barbara Streisand, world-renowned singer, actress, and performer, asked Hampton Callaway to write lyrics to a Rolf Lovland melody. The result was the hit song I’ve Dreamed of You, which Streisand sang to James Brolin during their wedding and was later recorded on Streisand’s album A Love Like Ours.

“We are delighted to have Ann return to our beloved Bradstan Cabaret Series,” said Scott Samuelson, the chief operating officer at The Eldred Preserve. “Her angelic voice paired with her unique talent for improvisation will truly be a treat for our guests.”

The Bradstan Coming Home Cabaret Series is a revival of the original Bradstan Country Hotel’s Inn Cabaret Series, which had its final curtain in 2008. The cabaret series, hosted by Samuelson and Eddie Dudek, became an annual tradition that was a favorite amongst both tourists and locals, including The Eldred Preserve founders Dan and Joan Silna.